Why is it easier to jump off a cliff backwards than it is to talk to my friends about God? 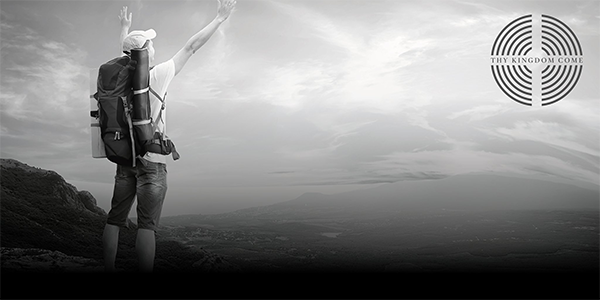 I’m not an adrenalin junky, but I’ve taken a few risks in life – physical risks, like launching myself out of a plane (with a parachute) and abseiling off a 200 foot cliff, but when it comes to talking about the Christian faith or asking a friend to church I’m quivering in my boots with all sorts of misgivings. Asking them is going to ruin our friendship… talking about God will embarrass them… I don’t want them to feel awkward… the list goes on

The Archbishop of Canterbury made me realise I’m not alone. The other day he shared a story about his inability to invite a university friend to a Christian event, many years ago.

He talked about a mission that was being planned at his university and how there was someone he was thinking he could ask to come along. He explained, “I was terrified, absolutely terrified, and I prayed for him every day but I couldn’t quite get up the nerve to ask him to one of the talks.”

The mission started and he still hadn’t asked him. He described feeling like a complete failure because he hadn’t had the courage to invite his friend to one of the events. But God had been at work and his prayers were answered in the strangest way.

During the week of the mission he was in the library when the friend he had planned to invite came up to him. The Archbishop recounts, “He said, “Oh Hi, Justin… I hear there’s some kind of Christian thing going on this week in the university.” and I said, “Yep, yes there is.”
He said, ‘Is there any chance I could be allowed to go to it?’
And I said, ‘Yes… you can come with me if you like!’
He said, ‘Oh, can you spare the time?’
I said, ‘Yes.’ “

The friend went along and through that mission he found Christ and is still walking with Him today. According to the Archbishop, “The Holy Spirit is the one who opens ears and warms hearts, not us.”

So if you’re praying for your friends to know Jesus and are struggling to know what to say – don’t stress about how to speak to them - just pray.

You never know what God will be arranging behind the scenes.