Pope Francis delivered special message for Pentecost service alongside the Archbishops of Canterbury and York & other senior UK leaders online for first time. 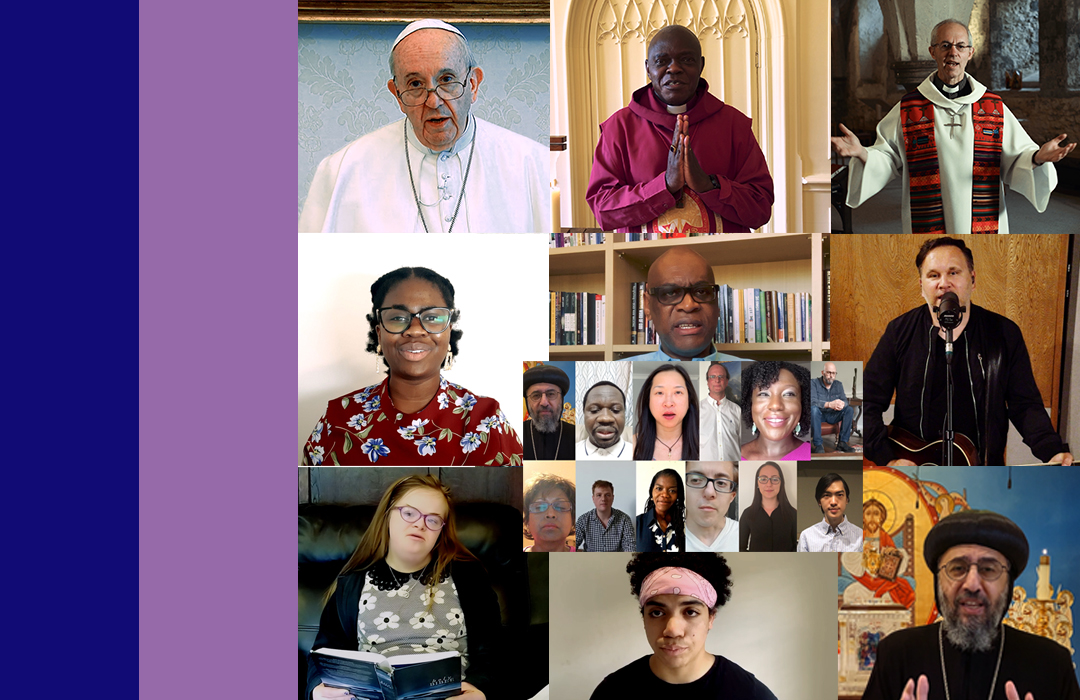 His Holiness Pope Francis delivered a special message for Thy Kingdom Come’s Pentecost service alongside the Archbishops of Canterbury and York and a number of other senior UK church leaders for the first time online on Sunday 31st May.

The Pope’s moving messaged called on all Christians to seek a fresh outpouring of the Holy Spirit in order that they might  be bearers of Christ’s love, light and hope, in a world “experiencing a tragic famine of hope” but also urged them to turn away from the “selfish pursuit of success without caring for those left behind’ and to be united in facing the “pandemics of the virus and of hunger, war, contempt for life and indifference to others.”

The main sermon was given by Archbishop of Canterbury, Justin Welby, with contributions from other senior UK church leaders including the Archbishop of York, Dr John Sentamu, who gave the final blessing, The Coptic Orthodox Archbishop of London, His Eminence Archbishop Angaelos who shared the creed and prayers from Pastor Agu Irukwu, the Pentecostal president of Church Together in England.

Heidi Crowter, a young advocate for people with Down’s Syndrome, Thelma Commey, the current Methodist Youth president and young person, Ciaran McCabe also participated in the service sharing Bible readings from the book of Isaiah and the Psalms.

The service included a number of prayers from children and music by internationally renowned worship leader Matt Redman and the choirs of St Martin-in-the-Fields directed by Andrew Earis.

A special version of the well-known hymn Amazing Grace, bringing together a diverse range of singers from across the UK, was also premiered at the end of the service.

Since the service,  His Holiness Pope Francis posted a tweet from his account with an extract from his service to his 1 million plus followers.

Similarly, the Director of the Anglican Centre in Rome, Archbishop Ian Ernest, recently commended Thy Kingdom Come’s ecumenical efforts. In an extract, from the message, he said:

‘This act of worship on the Feast of Pentecost creates an opportune time to strengthen the bonds of fraternity that are crucial in our quest to heal our broken world. It comes at a time where the world is unable to face the spirit of uncertainty, disillusionment and violence which is now prevailing. This ecumenical service comes as an appeal to all Christians to be attentive to the longing of God. It reminds us of our responsibility to work and walk together as witnesses of God’s compassion for men and women of all generations.’

The Transcript for Pope Francis and Archbishop Justin Welby’s sermons can be found here.