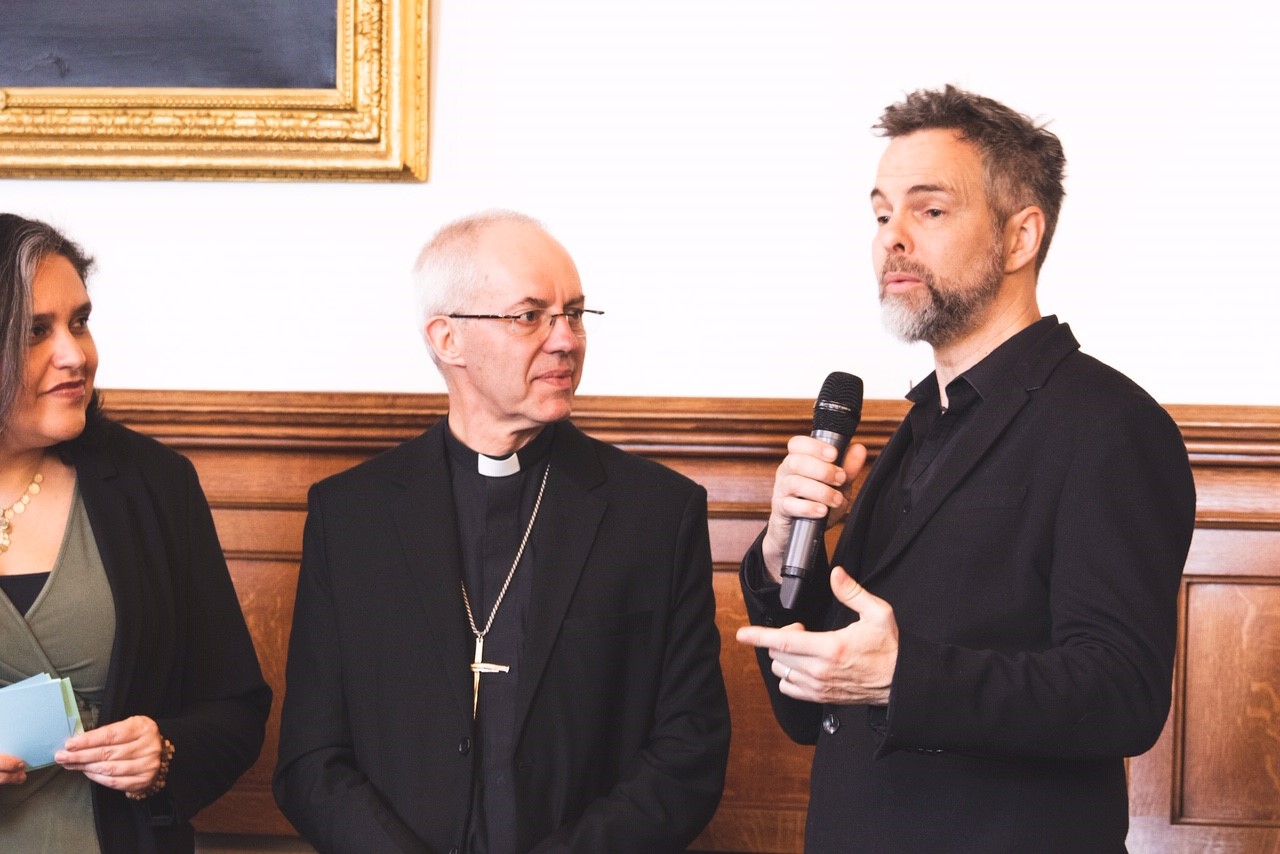 Thy Kingdom Come Champions from the Church of England and Catholic Church gathered for the international launch of Thy Kingdom Come 2020 at Lambeth Palace exactly 4 years to the day it was first launched.

Christians from around the world, including Australia, Brazil, Papua New Guinea, Netherlands, Thailand, Mauritius, South Sudan, America and Canada also tuned into watch the launch as it was livestreamed on Facebook.

In his main address, Archbishop Justin Welby spoke about the potential life-changing power of prayer during Thy Kingdom Come:

“What  excites me is that as we come together and pray for people to be filled with the Spirit, so they come to know and love Jesus Christ, to repent of their sins and turn away from all that is wrong and to find the love of Christ filling their hearts, we are in fact praying for the changing of our world.”

Pete Greig, founder of 24/7 Prayer, also shared during the event, reflecting on the wider context of prayer and the various global movements happening, as well as drawing on his experience of leading global phenomenon 24/7 Prayer over the last 20 years. He said of Thy Kingdom Come:

“How wonderful this prospect of coming May 21-31st to pray as one – Come Holy Spirit and Let Your Kingdom Come. I would say to my fellow pastors, vicars and priests – in the busyness of all that we do, let this be the priority. Let us get behind this and let us have grace for one another in this because I believe Jesus is calling us to pray. This has the marks of the Holy Spirit upon it.”

He also reflected on Thy Kingdom Come as an example of bringing together the Archbishop’s 3 main priorities – the renewal of prayer and religious life, evangelism and witness and reconciliation:

“Thy Kingdom Come is not just the outworking of one of those, the renewal of prayer and religious life, it underpins all of them. We have heard about its power in evangelism and witness, because through our prayers, we are mobilised and empowered to be effective in the proclamation of the Gospel. But it is also a profound demonstration of reconciliation because it has become catalytic in Christian unity; reflected in Christ’s priestly prayer in John 17 ‘That we would be one’.”

There was also a brief Q & A session with Archbishop Justin Welby and Pete Greig, facilitated by Teresa Carvalho of the Catholic Bishops Conference of England and Wales, with questions submitted from those in attendance and watching live around the world. Topics included how to engage more children and young people, encouraging leaders- ordained and lay to lead on prayer and ecumenism. 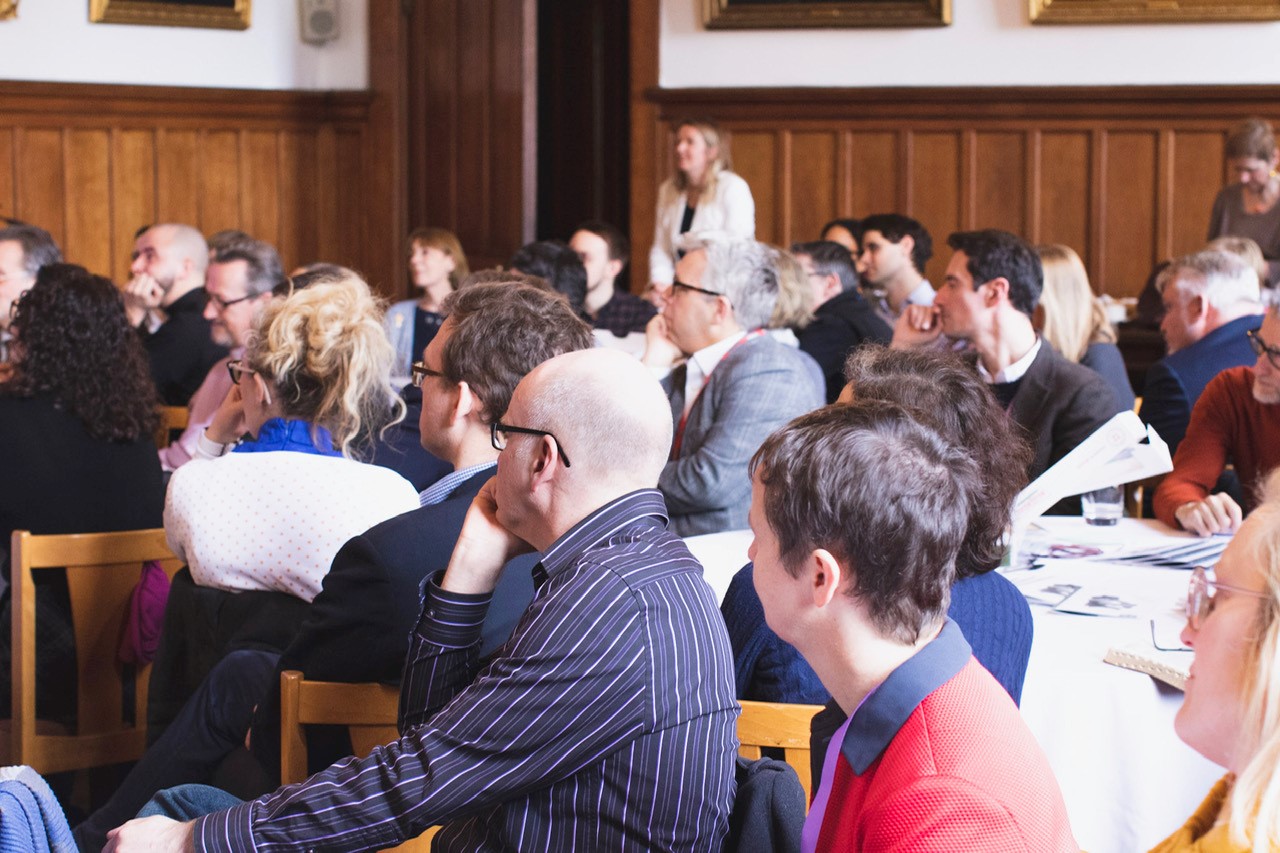 Thy Kingdom Come came out of the Archbishops’ Evangelism Task Group as we wanted to see a culture change in the Church in this country on evangelism.  We never thought it would grow this much over 4 years. God has done more than we can ask or imagine. Jesus Christ is the Good News and God is the Evangelist. God is the one who sends out His Spirit. God is the one who comes out of Himself and draws us to Him. We are absolutely committed to this work and know this is God’s doing. We pray God will renew us, His church and that God would work in the lives of our families, neighbours and friends and open their hearts, hands, ears to receive Him In their lives.

The launch event  also previewed new resources for 2020 including an exciting print / digital resource which will be distributed to almost half a million Key Stage 2 aged school children in Church of England and Methodist Schools across England and Wales.

The digital map comes to life through an app, which can be downloaded through any smartphone and was created in collaboration with Leeds based charity, Missional Generation.

Enduring favourites, such as the traditional Novena and the Prayer Journal were also previewed, which this year included the famous ‘Prodigal Son’ artwork from world-renowned artist Charlie Mackesy on the front cover.

All resources will be made available on the website to order from the beginning of March.

Now going into its 5th year, Thy Kingdom Come, has gathered more than a million Christians in nearly 90% of countries worldwide, to pray for more people to come to faith in Christ during the period of Ascension to Pentecost- a traditionally historic time of year the church prayed for evangelisation.

The prayer movement continues to grow in popularity; reflected in the demand for the resources to be translated into different languages. 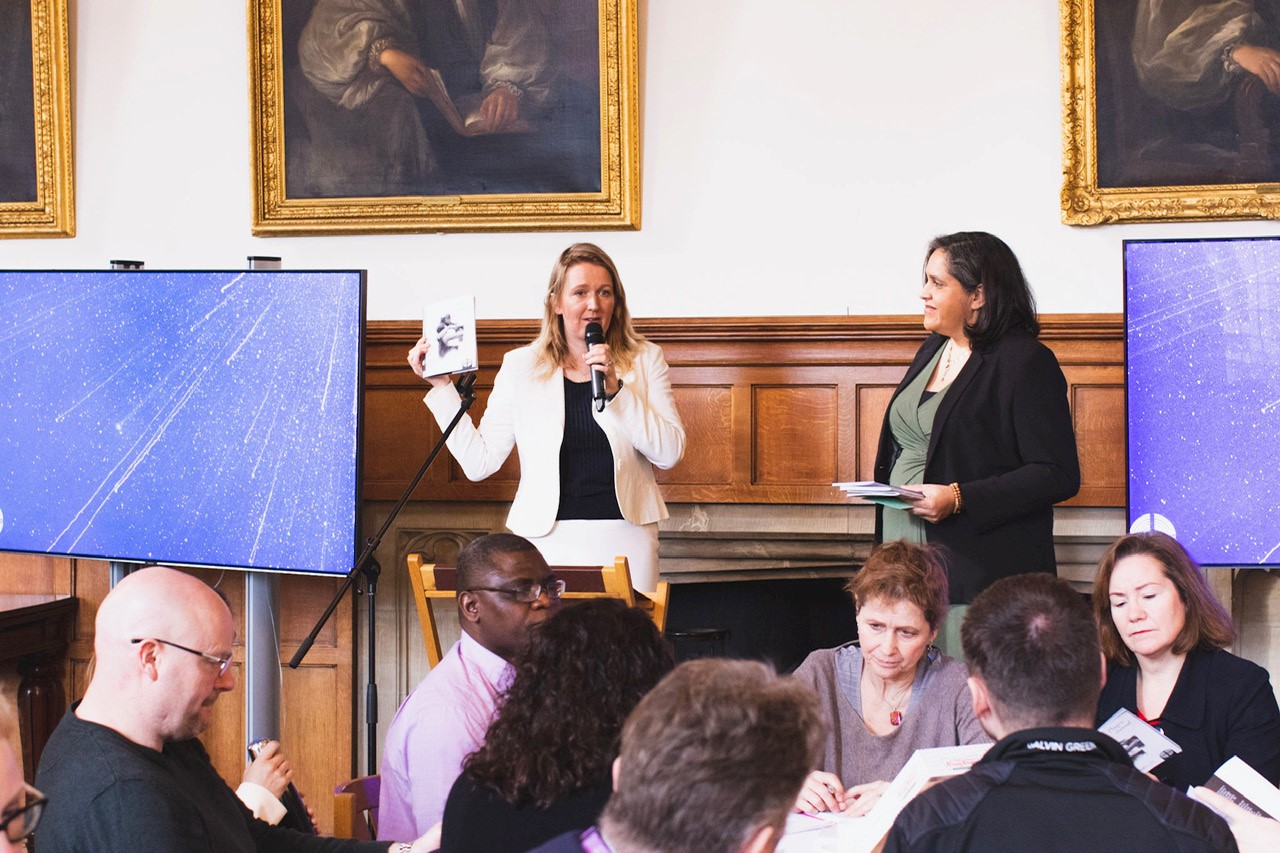 “It was 4 years ago today Thy Kingdom Come was launched. What 4 years it has been! What started as the seedling of an idea for a National Day of Prayer, a one off, has mushroomed into a movement where we have seen engagement in over 90% of countries in the world. God has answered so many prayers along the way and I pray and hope that we stay utterly reliant on Him for the next 4 years!”

The prayer movement has the support of all the main leaders of / key denominations in the UK Thy Kingdom Come including the Methodist Church of Great Britain, Catholic Church of England and Wales, Pentecostal Churches, Free Churches, Orthodox Churches and the Church of Scotland.

It was also commended by Her Majesty the Queen and His Holiness Pope Francis, head of the global Catholic church last year.

Bishop Nicholas Hudson, of the Roman Catholic Diocese of Westminster, who opened the event with a beautiful reflection on John 20 (v 19-31) said

“Even before we launch Thy Kingdom Come,  I’d like to suggest we can be praying (from this Upper Room) for all the people going about their daily lives around us… across London, across the nation, across the nations and the other side of the world, whether waking or sleeping, that the Holy Spirit speaks to their hearts…of the loving sacrifice that Jesus worked for them in Jerusalem two thousand years ago. Begin to pray now that in the days between Ascension and Pentecost their hearts be open to the influx of the Spirit as Christians of so many denominations call him down into the heart of every man, woman and child.” 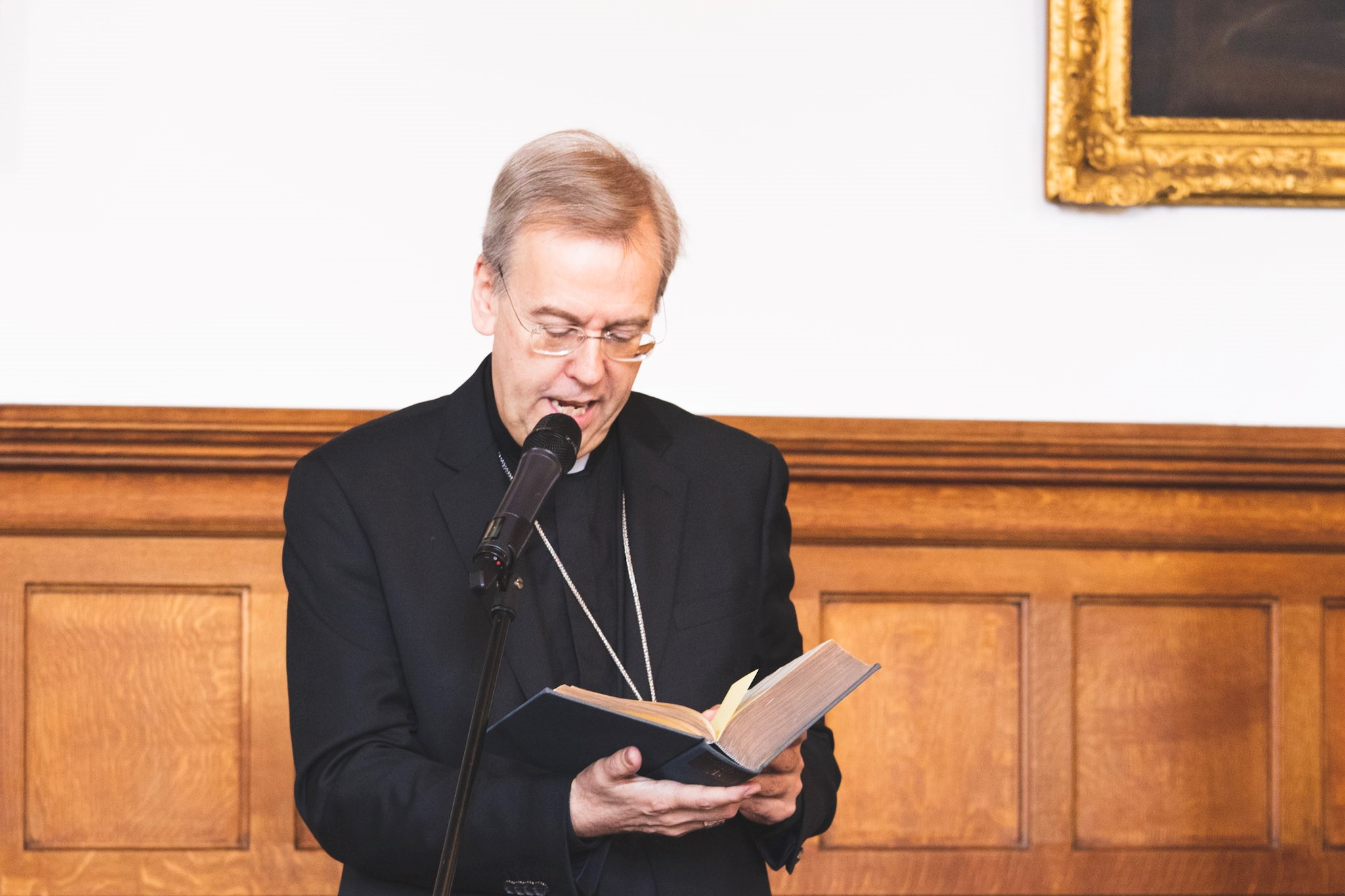